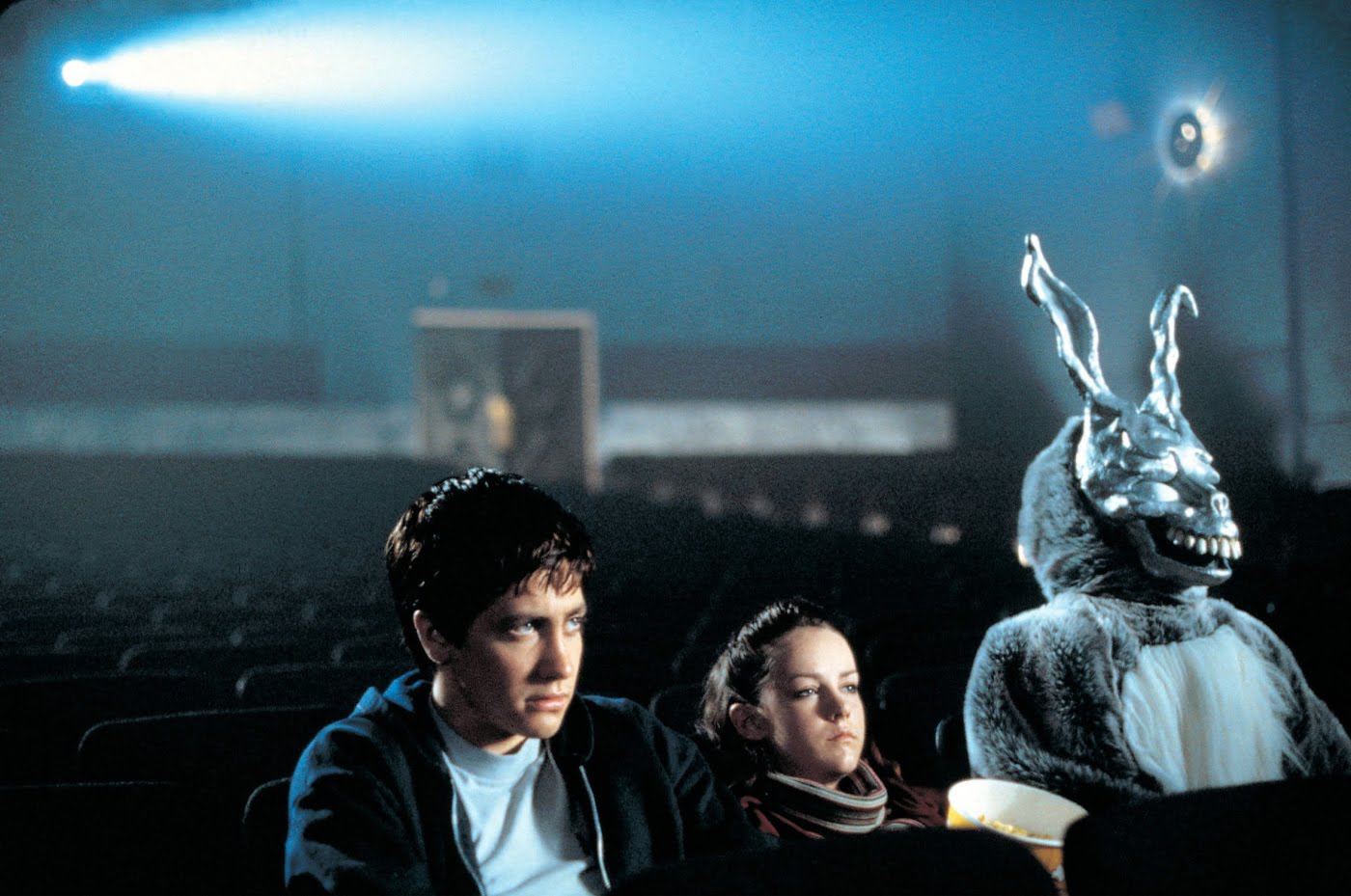 Anyway, the piece was provocative enough that it still gets comments. Today, it got two from the same person, who goes by the handle startigerjln. (Known henceforth as ST.) The first is some kind of pseudo-scientific garbage that conflates neurological stimulation and temporal lobe epilepsy with spirituality. (It’s not; feelings of transcendence and emotional highs do not demonstrate the existence of spirits or souls.) It’s the second one that first bewildered me, then pissed me off. END_OF_DOCUMENT_TOKEN_TO_BE_REPLACED 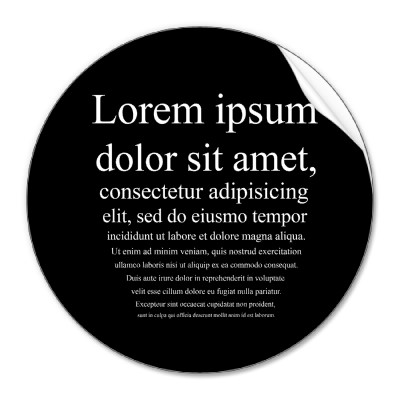 My latest goal: I’m going to try to force myself to write shorter posts, and to be happy with them. One of my big problems with writing, and writing consistently, is that I feel like everything has to be at least 1,000 words long in order for me to have done my job. And not only does that writing take a long time; it’s intimidating, which means that I don’t actually get started, because all I can imagine is struggling to get the word count done, and all the things that I should be doing, instead of writing. So, instead of aiming for a high word count, I’m going to be trying to do more posts under 300 words. Yes, the SEO plugin won’t like it (very much) but, fuckit. Who’s the boss here, anyway? Maybe we’ll get some more content in here. 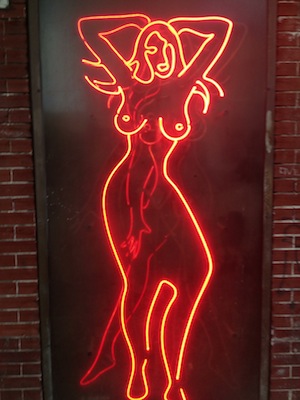 Now that the whole situation with Danielle Lee and Biology Online has mostly been settled, I’m getting ready to write up some of the things that bothered me about how the science/skeptic/atheist communities supported Lee. On the one hand, I think that it was great to see the outpouring of support against a wanker who deliberately insulted a professional scientist because she wouldn’t write for free. On the other, the overwhelming majority of support for Lee implied — if it didn’t come out and say it outright — that there was something foul and distasteful about being a whore. It seems like we need to talk about ways to we can support women against misogynist jackasses without kicking sex workers under the bus. Because that’s exactly what happened: when everyone rushed to stand by Danielle Lee’s side, they made damn sure that they ran away from the sex workers.

I’m not sure if I’m going to write this for this blog, Godless Perverts (which really, really needs to get some new content up), or Slixa. Either way, I’d like to ask for some help. I definitely have my own thoughts, but in the end, it’s the thoughts and feelings of sex workers themselves that are important. If you’d like to contribute your viewpoint on either the DNLee situation specifically, or the use of the word “whore” by civilians more generally, either fill out the contact form below, or use the regular comments. I’d also be happy to do interviews by phone/Skype/IM.

I’m especially interested in hearing  from sex workers who identify as atheists or agnostics, but any viewpoints are welcome, godless or not.

I highly recommend that you check out the interview with Carol Queen that we’ve just put up at Sex in the Public Square. Carol is one of the most fascinating, intellectually alive people I’ve ever known, and although this interview was done in 2005, it’s an excellent look at her ideas and her history and if you haven’t read her already, it gives you a sense of her voice. Props to Sabrina Chapadjiev, who conducted the interview and published it originally in her ‘zine Cliterati. Below is a short excerpt from the interview to whet your appetite:

END_OF_DOCUMENT_TOKEN_TO_BE_REPLACED

I heart Chelsea Summers. Her blog has always been one of the most literate web sites to deal with sex in the whole blogosphere, and she has just enough misanthropy that she has long since secured herself a place in the black, shriveled lump of muscle that is my heart. But she’s outdone herself with her two most recent entries. She’s started writing about one of the kinks that rules all my other kinks: Grammar.1

Stupid people don’t interest me, sexually or otherwise, and yes, just because you make grammatical or spelling mistakes doesn’t make you stupid. But you come off as a lot smarter if you can at least make a fucking effort, and let’s face it — you give some people a computer keyboard, and they just don’t seem to give a shit what comes out on the screen. Much as I love the Internet and all the geeky toys and perverted communities it makes available to me, it’s also an excruciating experience reading a lot of Internet prose, which is apparently written by people who surrendered all responsibility for correct language and style to a third-rate spellchecking program before they sent that part of their brain out to the dry cleaner’s and then promptly dropped the claim check behind the couch where it lay mouldering for eight months before being picked up by a rat to use as home improvement materials.

END_OF_DOCUMENT_TOKEN_TO_BE_REPLACED

I got this in my e-mail box recently, from a friend of my girlfriend. I'm still ruminating over whether I have anything that I could contribute, especially since my approach to feminism tends to be that of the loyal opposition. I emphasize loyal.  Anyway, whether I wind up contributing or not, I thought it looked like a worthy enough venture to promote for anyone else who might be interested.

How can we better understand and imagine new possibilities for men and feminism?

Are you a guy who hates sexism? Do you call yourself a feminist? Have you spent hours over coffee (or beer) thinking about issues of gender, power, race, class, and sexuality? Are you involved with social justice activism? If so, then you have stories to tell and I'd like to hear what you have to say.
END_OF_DOCUMENT_TOKEN_TO_BE_REPLACED

Geezis, I hate this.  I have two reviews for SugarClick due this week, before tomorrow. I've been sitting around for two days now, always about to start writing the first one, and always unable to do anything that I either want to do or should do because, goddammit, I'm going to start writing, really I am, in five minutes.  I have e-mails to write and I should fucking well be writing up cover letters to try and get some fucking work before my unemployment finally runs out. But this is just preying on my mind, driving me crazy.

Part of the problem is that I just loathe one of these sites more than words can say.  It's the rantings of a career womanizer, dripping with misogyny.  It's supposed to be his journal for sex-addiction therapy, but it lacks the insight or remorse that you would hope for from someone who's seeking a solution to behavior that he admits is self-destructive. There's lots of self-loathing, but that's not the same thing.

In short, I feel unclean just reading this crap.  It leaves a bad taste in my mouth.  There is nothing sex-positive about it, nor for that matter anything positive about it.  And I think that I've been fidgeting around because I really, really don't want to deal with it.  I've been peering deep into the guy's blog to avoid judging him too harshly, but I still can't find anything that makes me feel any kind of empathy for him.  It's an ugly little blog, and I guess I'm going to have to deal with it eventually.

Back to the grindstone.