The Onion, in their deviousness, will never admit that this article is about me, but I know it is. They’ve changed the name of the student and the school, but it’s me, just the same. In the heady days of the late eighties/early nineties, when the Simpsons were the new kids on the block, Kurt Cobain was between his first hit and blowing his head off, the US had taken part in only one war in Iraq, and we were innocent enough to think that Republicans couldn’t possibly get more venal than George Herbert Walker Bush, I went to Moorpark College in an attempt to undo all the damage that I’d done to my academic record during high school. While I was there, I took Beginning Ethics and Philosophy 101, both from a teacher named Mike Rosenthal, who is apparently still there. And yes, boys and girls, I was that asshole who kept his hand in the air and was always interrogating the teacher about some point or other. 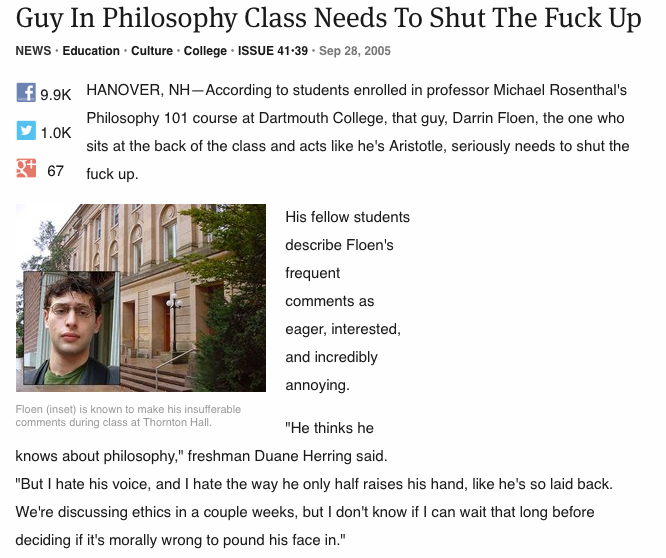 The Onion: Guy in Philosophy Class Needs to Shut the Fuck Up

At long last, my past has caught up with me.