Were it not for the efforts of Joe.My.God., I would be blissfully unaware of the fact that according to the group Morality in Media, the week October 31 – November 7 (which is in fact, eight days, more than a week) is White Ribbon Against Pornography Week, in which Good Americans are supposed to devote themselves to combating “the floodtide of pornography pouring into our nation’s communities, homes, and children’s minds.”

Thanks a lot, Joe.

OneNewsNow.com, a site run by the American Family News Network in order to bring you “Your latest news from a Christian perspective,” has this to say about WRAP Week and the “problem” of pornography in America:

Even though the Supreme Court has partially corrected the problem, one of the reasons for the proliferation of pornography is court decisions.

Perhaps the most perverse thing about the WRAP campaign from my perspective is that they decided to kick off this year on Halloween, which is about the most rabidly pro-slut, un-Christianized holiday that we have. Rabbit White has a great piece on her site embracing all the slutty costumes that are routinely condemned as un-feminist or immoral (depending on which side of the political spectrum the unlubricated stick up your ass comes from), and describes Halloween as Straight Person’s Pride Weekend, which I kinda like, despite the bad taste that the term “straight” leaves in my mouth (more on that another time).

Joe at Joe.My.God. has a unique suggestion about how to counter-celebrate anti-porn week:

Please support Morality In Media by tying a white ribbon around your tingly parts and emailing a photo of same to Christine O’Donnell. 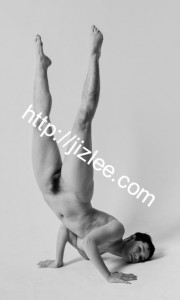 I’m also putting Jiz first because of the incredible respect I have for her social activism. Jiz does something called “Karma Pervs” which raises funds for a different organization every month. For $10, subscribers get access to a gallery of about 50 pictures done by highly imaginative photographers and artists, and the money raised each month goes to a different charitable organization. Past recipients have included the STOP AIDS Project, the Center for Sex & Culture, the St. James Infirmary, San Francisco Sex Information, and Lyon-Martin Health Services. October’s recipient is one of my favorite websites: Scarleteen, which makes not just the web, but the world in general a much better place. Scarleteen provides shame-free, forthright sex education and advice to teens. What they do is truly rare, and anything that helps them out is a good thing. Even better if it’s done in a way that’s hot and expands the way we think about pleasure and gender the way Jiz’s site does.