One of the reasons I finally surrendered and started watching Scandal was I heard that Joe Morton had a role on it. Now that we’ve hit season three, I’m having a really hard time thinking of Joe Morton as evil. The man could read the phone book and make it into a major dramatic performance, but in all his roles, there’s always been a fundamental decency to his characters. Even when he seemed like he was kind of a dick, as in Lone Star, there was still the sense that he was trying to do the right thing. 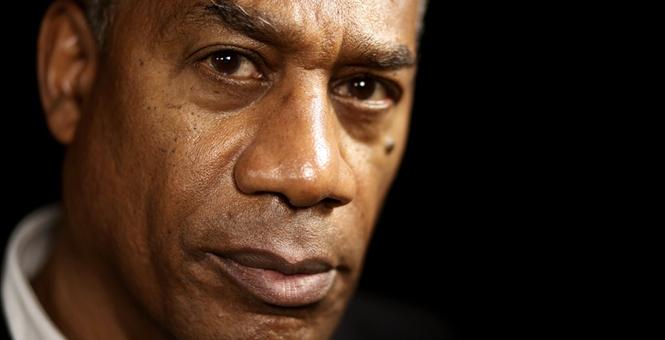 At the very least, Morton’s characters never seemed like the kind of people who would toss you into a hole for months on end because you refused to torture and kill someone else. 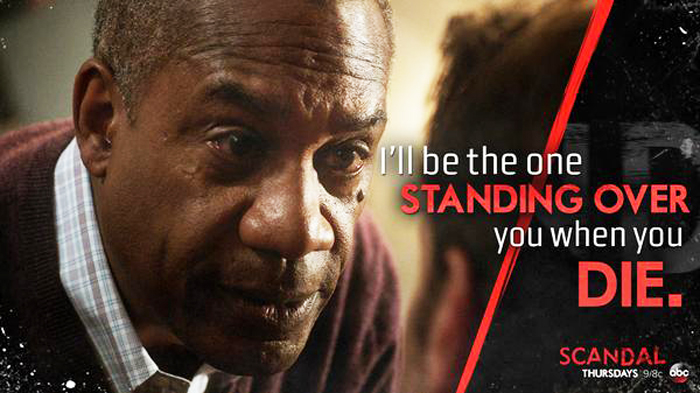 Rowan Pope (Joe Morton): Not the kind of person you want to meet in a dark alley — or even in a brightly-lit, comfortable room with lots of people around.

Scandal is definitely filling my need for extreme, paranoid conspiracy theory. I know a lot of people might look down on it for being unrealistic and sensationalistic, but seriously — once you’ve accepted that the Republican President has an openly gay Chief of Staff who’s married to another man, you’ve pretty much given up any commitment to realism.