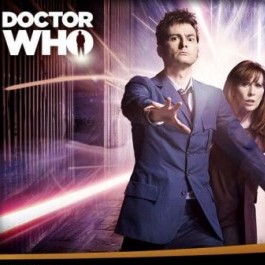 When you think about it, doing Doctor Who as a police procedural is pretty obvious, if not downright inevitable. While I steer away from the various Law and Order/CSI clones on television faster than a cloud of tachyons, I’d actually watch this. The only problem is that to make it work, they’d have to make the science much more implausible than it is now. I can believe in a time-traveling phone booth that’s bigger on the inside much more easily than the routines where the CSI team solves the murder by getting a computer tech to “enhance” the reflection in a photograph of an eyeball. Yes, the Doctor might stretch the laws of physics and reason a little bit, but at least he’ll respect you in the morning.