Next week is going to be an exciting one, online and off. First of all, Tuesday is the kickoff for Cinekink 2008.

Cinekink is always good — far better than it has a right to be, in fact, given that sex often just gives indie filmmakers one reason to ramp their egos and pretensions up to eleven and beyond. I shudder to imagine what reams of crap Lisa Vandever has to comb through just to get quality programming for one week together. The GF always work the events as volunteers, and it’s a great time for anyone with a dirty mind and an artistic bent.

On a more personal level, though, we have a really important event of our own starting up at Sex in the Public Square. My partner and co-conspirator, Elizabeth Wood, is always looking for ways to come up with ways that we can take the pro-sex dialogue from spinning our wheels in the mud, and this time she came up with a brilliant one: rather than play the same old game of sex-work bingo with the cast of usual suspects, she’s assembled a bunch of the smartest activists and writers in the blogosphere today and invited them to participate in week-long online discussion on the themes of sex work, trafficking (and “trafficking”) and human rights. I’m all cranked up like a kid waiting for Santa Claus, except that in this case, Santa isn’t just my parents making shit up. It’s actually going to happen, and we’ve really got some great people who have committed to making it happen. There are so many things to say on these subjects, and so little of it ever gets said because we on the sex-poz side are busy just trying to hold ground from people who want to demonize us as haters of women, rapists, or just sling shit at us in childish ways by calling us “sex-poxes” or some other ridiculous thing. It’s going to be public, but that doesn’t mean it’s an open forum; comments are going to be strictly moderated, and people who want to play games like that don’t get to have their say this time around. That means we don’t have to reinvent the wheel once more by making the case that no, not all sex workers are victimized, trafficked, or acting out toxic scripts left over from childhood sexual abuse. Sex worker bingo is not allowed. I highly recommend everyone who’s interested check it out, especially if you want to contribute in a courteous, meaningful manner. Everything kicks off on Monday the 25th. The formal press release, complete with our contributor list, is below the fold.

END_OF_DOCUMENT_TOKEN_TO_BE_REPLACED

Elizabeth Wood is looking for people who can help her out with information about getting legal recognition for domestic partnerships. Dr. Wood is a professor in Nassau County, NY, which doesn’t offer legal recognition to domestic partners, and she and her partner desperately need help getting it, whether through contract negotiation with the university, or through getting the county to change its tune.

I need, badly, to hear from people who have been actively involved in successful organizing campaigns at local or county or public employer levels to win recognition of domestic partnerships. In New York this would mean people who helped win this recognition in Suffolk County, Westchester County, Rockland County, New York City, Albany, and Rochester. Outside of New York it means a lot more places.

If you are such a person ï¿½ and of all you readers out there, there must be one who is ï¿½ please get in touch with me at sexinthepublicsquare (at) yahoo (dot) com or by leaving your comments here. If you are not such a person, but you know someone who is, please pass along my request. 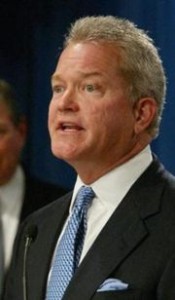