I’m gradually falling in love with Google Plus, at least until they figure out a way to fuck it up entirely or use it to control my brain somehow. Until then, the folks at HappyPlace.Com have been kind enough to provide a few suggestions for Circles that actually reflect the reality of my everyday life  The “Complete strangers I’d sleep with” circle is likely to become shamefully full. 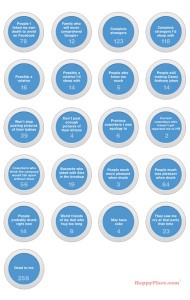 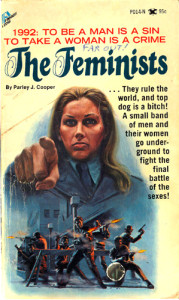 Merry Christmas From the Great Old Ones!

Every so often, I have to go get all fanboyish and rave a little about Adam Lipscomb’s blog, A Violently Executed Blog, which among other things, will remain one of the most appropriately named spots on the web until construction ends on Bill O’Reilly’s new blog, Steaming Piles of Horseshit and Racist Slander. This isn’t a form of sycophantic cocksucking on my part, meant to acknowledge that he’s one of the five people who actually read this thing, but because his blog is actually good, in a way that puts me to shame. Right now, I’m really enjoying his series of posts reinventing human mythology, Mythological Locations A to Z. Actually, I’m re-reading them. They read much better in bulk, when you can start at A and work your way right up to W (as of this writing). My favorite: O is for Oz:

We were somewhere around Munchkinland, on the edge of the forest, when the drugs began to take hold. I remember saying something like, “I feel a bit lightheaded. Maybe you should drive, Toto.” Suddenly, there was a terrible roar all around us, and the sky was full with what looked like huge monkeys, all swooping and screeching and diving around the car, and a voice was screaming: “Fly, my pretties! Fly! Fly!”

We had a bushel basket of poppies, a crate of high-grade mescaline lollipops, a thimble of pixie dust and a pile of bright, cherry-colored magic candies. Not that we needed it for the trip, but when you go Over The Rainbow, you’ve got to shove it into overdrive. The only thing that worried me was the pixie dust. There aren’t many things more terrifying and disturbing than a girl hopped up to the gills on pixie dust, and I could hear it calling my name from the back of the car.

From: Fear and Loathing in the Emerald City, by Dorothy S. Gale

HST parodies are a dime a dozen, but this one hits the spot, what with Dorothy’s documented encounters with poppies and all.

Taken en masse, these little stories remind me of Calvino’s Invisible Cities, translated into a more urban world. The contrasts from story to story are great, which is why it’s best to read them all at once. Myths grow best when they’re not paralyzed from standing on a pedestal.