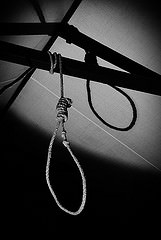 I’m pretty sure that although intent might not be magic, we white people must surely be magic. The proof is in the media response to the SAE lynching chant. Most of it magically turns white racism into something that’s black peoples’ fault. That’s amazing. It can’t be done with rationality or anything else of this world, so it must be magic. For an antidote to all that, here’s a great summary by Ellie Mystal on how the words of the chant go beyond simply being “speech” and turn into a threat when looked at through black history:

Now, I get how a white listener wouldn’t take the threat as a true threat. They weren’t threatening Eugene Volokh. And, I don’t know, maybe when white people are by themselves, they talk like this and they all understand that they don’t actually intend to solicit a lynch mob to go after the black people on campus. Who knows what you say when I’m not around. Maybe white people are just used to chants about hanging people from trees, and intuitively know that the drunk frat boys weren’t serious?

In fact, I’m getting pretty sick of white people telling me how I’m supposed to perceive threats from white people. Of course I perceive the chant as an attempt to solicit a criminal act. How could I not? Don’t most hate crimes committed against African-Americans start with drunk douchebags talking about n***ers?